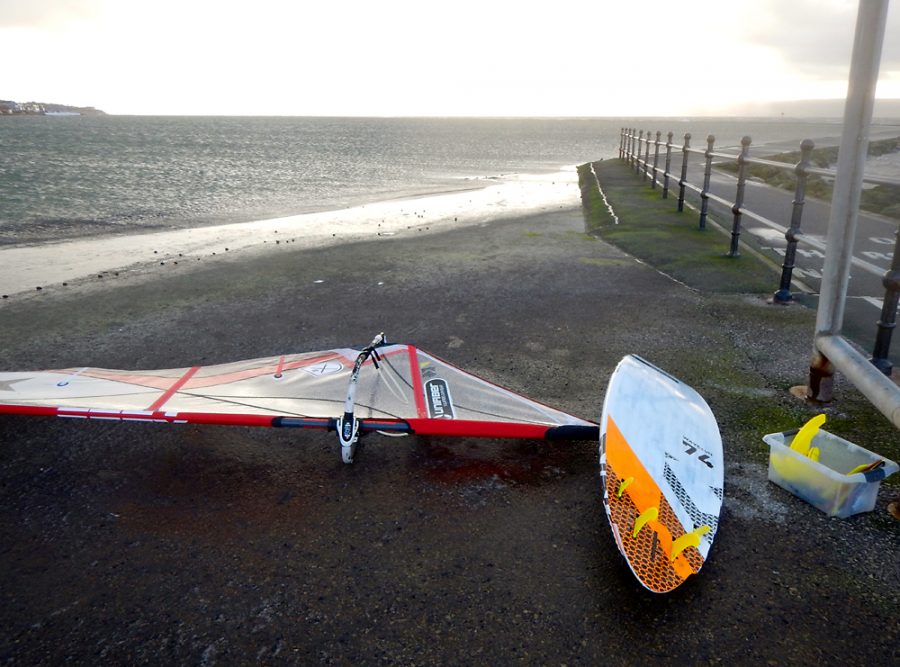 in Fins, How to, Windsurf
by Steve Thorp 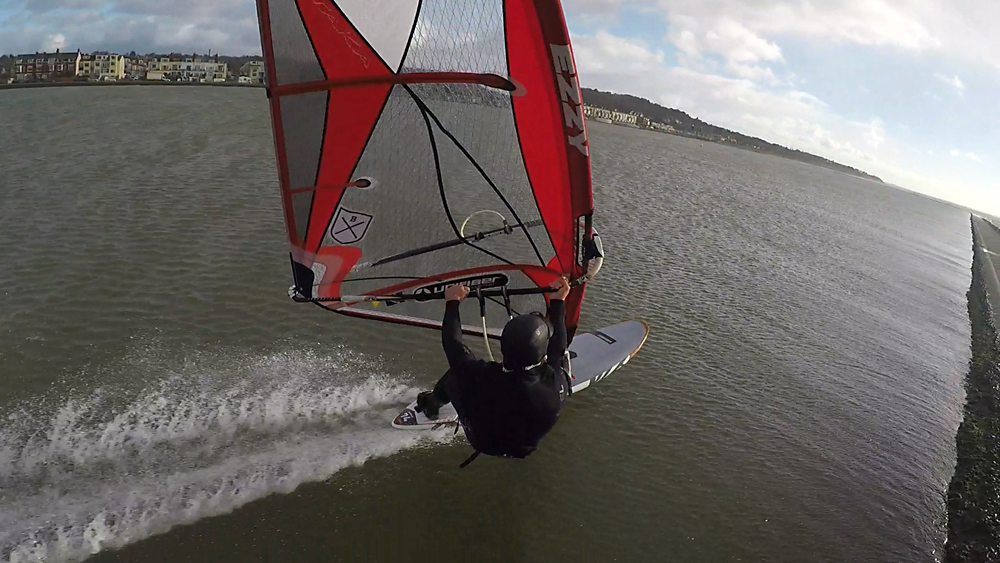 Speed testing fins is proving to be quite tricky! Apart from waiting months for a suitable forecast, I’ve been mugged by a big hairy dog (who nearly stopped the first test 10 minutes in) and I then broke my hand wiping out when my fin fell out on my first run at southend forcing me off the water for 6 weeks! 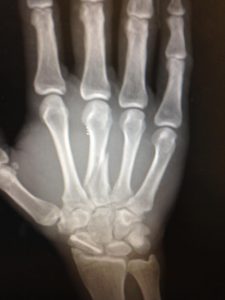 Yesterday saw me back at West Kirby, but again it didn’t quite go to plan -the forecast strong wind only arriving an hour before the water breached the wall and ended the session.
So with the changeable wind and a very short time scale I couldn’t get much done. I kept it simple and just tested the 4 standard set ups, and all with the same fin types (Scorcher rear and Shark fronts), with the hope of seeing any speed difference between the number of fins chosen. 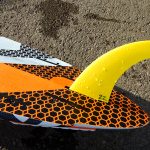 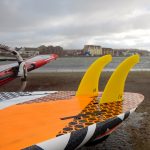 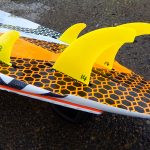 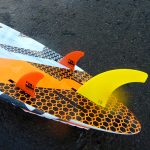 Fortunately it was pretty windy this time and actually felt like I was maxing out the gear. I’m now using a 4.7m Ezzy Taka 4 and an RRD Wave Cult 74. 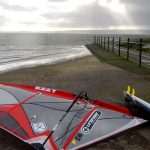 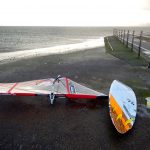 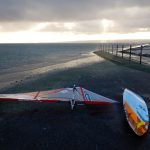 Top speed achieved on the GT31 gps units was 36.8 Knots (over 42 mph) -sounds pretty slow now we’re all accustomed to Luderitz numbers, but not bad for a 73kg rider with a 2.5m pole and camera sticking out of his back, on a stubby wave board powered by a soft sail..
Unfortunately no one else was out speed-sailing so difficult to know just how fast a day it was on dedicated speed gear.

So how many fins set the fastest times and what did we learn.. 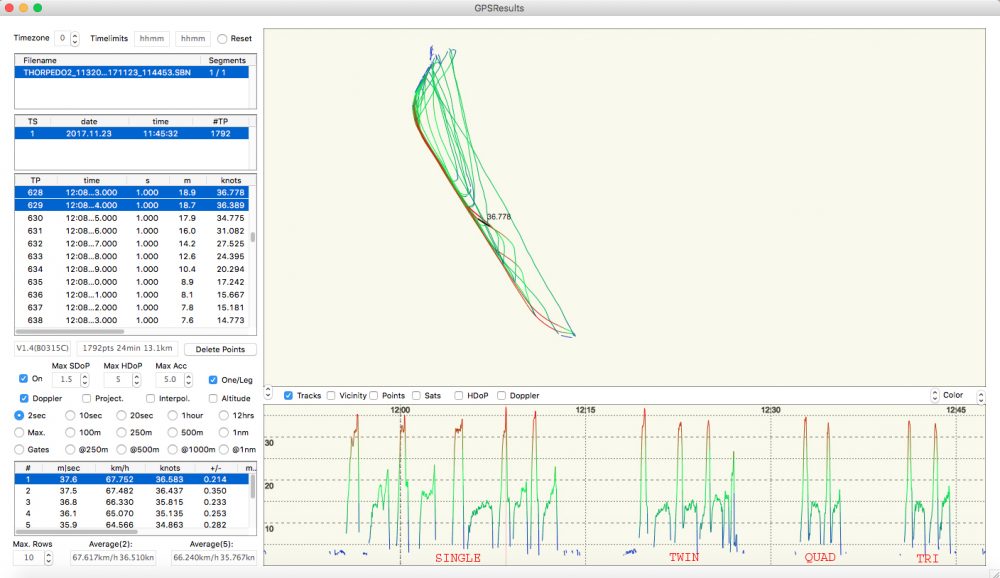 As mentioned last time we can’t read too much into the results as the wind can change between runs and it would be much better to test ‘man on man’ with identical equipment (this might be achievable now I’m on production gear). The wind started quite light and square, but before the end of the single fin testing it was already broad and windy, by the time I’d finished testing the tri fin the tide was over the wall. NB: Just the tide being in tends to make speeds slower as the wind is less laminar than when it’s blowing over the sand, and this may account for the general drop in speeds throughout the test.

I think again the results show a surprising closeness in top speed between the set ups and there’s a far bigger difference between a ‘good run’ and a ‘bad run’ than between ‘number of fins’…  and bare in mind I was pretty stacked on 4.7 for all the runs!
One thing that did stand out is just how well the quad set up went upwind when I was fully powered – on rails!
It was however too broad to gybe and sail back to the start point, so there are no alpha numbers this time (which incidentally did give a clue to the upwind and gybing performance of each set up in the last test -it wasn’t all about speed downwind)

I think the 48 mph on this Gopro screen grab may have been mega pole whip assisted! Filmed with the Hero5 and K4 harness mount. 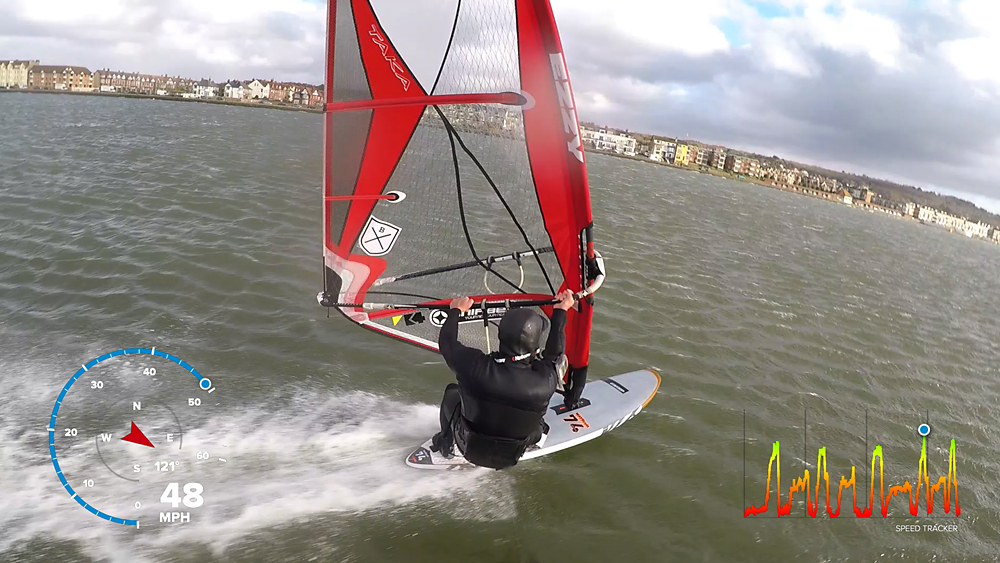 42 mph was quite common on the Gopro though… 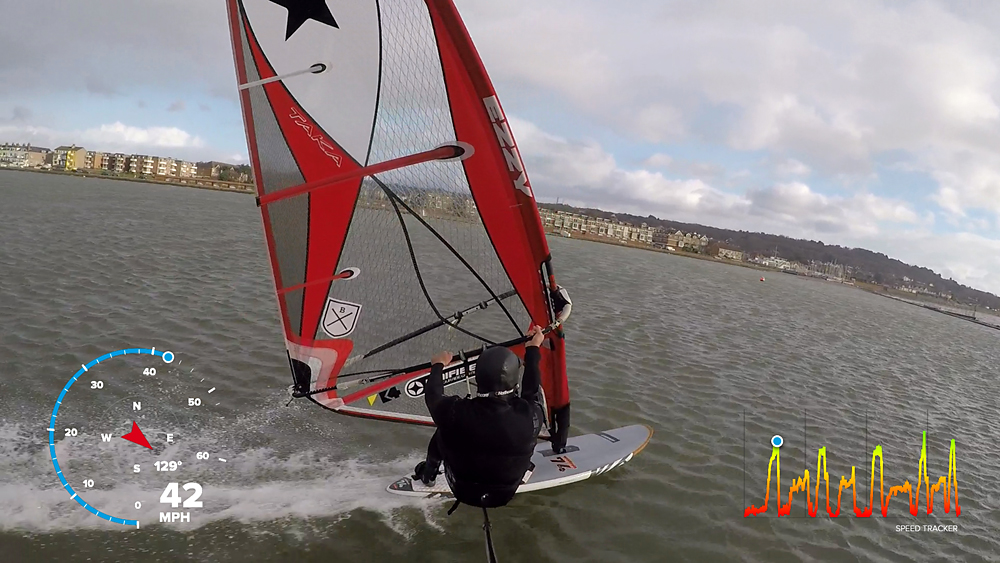 Hopefully next time out we’ll get more consistent conditions and a longer session.
Apologies to everyone waiting for the Scorchers, they should be available in a couple of weeks time and well worth the wait!! 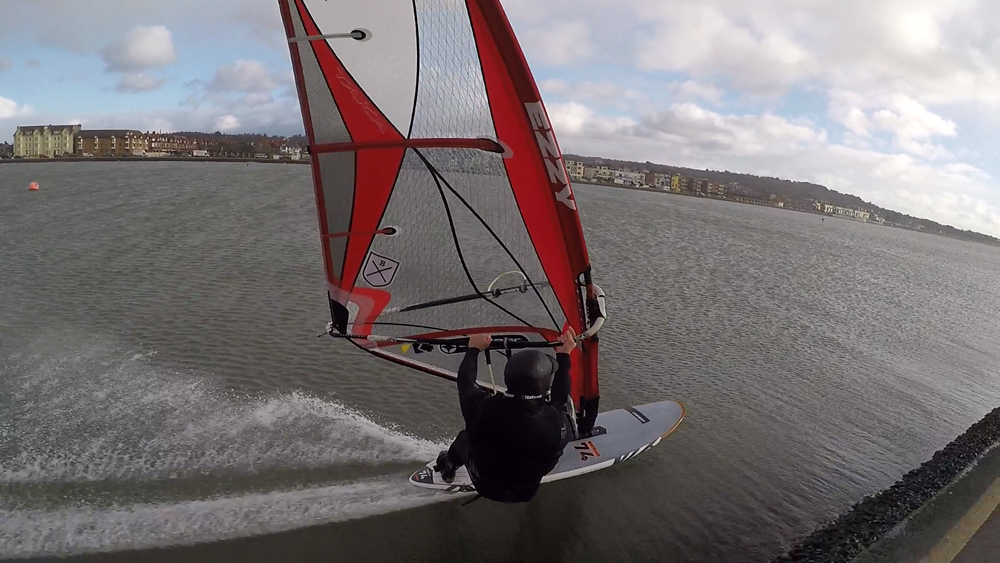